If a picture paints a thousand words is how the song “If” by David Gates starts and it’s a very true statement; a single picture can say way more than I ever could. And that’s just what the picture I’ve posted here does for me.

When I look at this picture (which is the background on my phone) it reminds me of the love that God has for His children. It’s a love that passes any type of human understanding, I mean come on, the Creator of the universe wants to spend time just being in my presence? Wow! This humbles me every time I think about it.

There are two things in this picture; one that Everly has a complete and utter look of wonder on her face as she’s looking out the window and two, her dad is holding her feet, not to keep her from falling, but just showing his love for her by being close.

This one picture says more about God’s love for mankind than any other picture I’ve ever seen. I just wanted to share it with you and say, God loves you this much and just wants to spend time in your presence today. Why don’t you slow down just a hair and let Him surround you and hold your feet while you gaze out in wonder at all He’s done for you?

Strength and honor, for the Kingdom and the King! 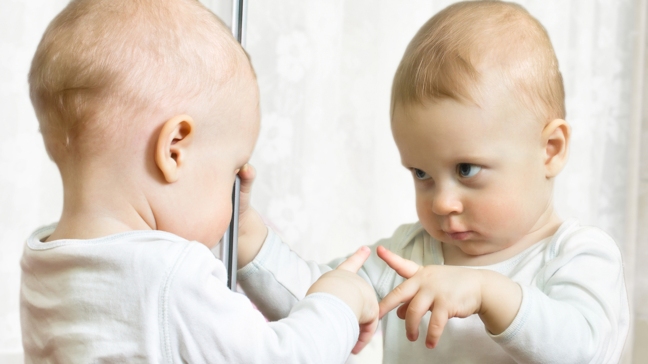 These are all thoughts which have run through my mind at one time or another when it came to situations I’ve had in my relationships with people. These thoughts usually come during a time where things aren’t going the way I think they should, or had hoped they would. For many years I tried, (unsuccessfully I might add) to get people around me to see the error of their ways by trying to get them to live by my convictions. It took several years, and many arguments for me to realize the impossibility of this.

I really came to understand this when people would try to get me to make changes in my own life by telling me what I needed to do. I found it very aggravating when they didn’t agree with things I felt were okay in my life, and would try to force me to change. They were never able to get me to see their convictions as my own, and consequently I came to the realization I couldn’t change anyone else’s convictions either. This was one of the most freeing in days of my life too. It meant I no longer had to try and police the lives of those around me, and was finally able to focus on my life and what I was doing.

I don’t mean God wants you to ignore the lives of the people around you. He wants you to be a positive influence on everyone you meet, He just doesn’t need you pointing out everything they do wrong. One of the things I’ve learned in 53 years is I already know when I’m doing something wrong and really don’t need it pointed out. Most of the time, I’m already beating myself up about it anyway. The thing which helps me the most, is seeing someone live out what I’m struggling with in a positive way. When I see someone else overcoming whatever thing I’m struggling with, then I know there is hope for me as well.

Truthfully when someone points out what I’m doing wrong and tells me about it, I just want to scream, “Don’t tell me!” like Arthur Spooner from the sitcom King of Queens. I’m sure it’s the same with you too, none of us like to be told what to do. I’ve found out if I’ll spend more time on what I’m supposed to be doing in my life and stop telling others what to do with theirs, things become much simpler. And as the old acronym K.I.S.S. says; “Keep It Simple Stupid”.

Let’s stop pointing out the things other people can do to change their lives, and work on our own. Because I believe when we get our house in order and follow the Lord the way He wants us to, it will cause those around us to do what it is says in 1 Peter 3:15;

“But in your hearts revere Christ as Lord. Always be prepared to give an answer to everyone who asks you to give the reason for the hope that you have. But do this with gentleness and respect.”

Living for Jesus with an honest and transparent life…

I love to read.  I hope you do too because I’ve got a book to suggest for you.  It’s called Waking the Dead and is written by John Eldredge. Click here to order your copy from Amazon.

Your heart is good, did you know this?  Religion for years has tried to teach us our hearts are wicked and essentially no good, but in this book John destroys this lie we’ve been told for too many years.

It’s a quick read explaining what this Christian life is really about in better detail than any other book I’ve ever read.

I love this passage from John’s book; “The story of your life is the story of the long and brutal assault on your heart by the one who knows what you could be and fears it.”

This sentence makes me feel there is hope for my life. I can’t explain to you how much you need this book, it could be one of the most important books you ever read.  Pick up your copy today!