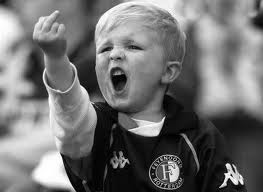 In Matthew 24:12 Jesus while talking about the signs of the end times before His return makes this statement, “Sin will be rampant everywhere, and the love of many will grow cold.” Well I don’t know if you’ve noticed or not, but it would appear love is in short supply these days. People just don’t care about their fellow humans as much as they used to.

Social media, which was touted as bringing the world closer together, has in fact driven us all further apart I’m afraid. Something which could in fact impact the Earth in such a spectacular way, has instead become perverted and become a tool used to drive wedges between people. I for one was excited about the internet when it first became popular, and for a time I found a community of believers who understood me and where I was coming from. It was a joy.

I still have a presence in cyberspace, and for the most part I play nice while visiting, but much to the chagrin of my wife, from time to time I have been known to get on my soapbox and share my opinions with the world. One thing I have learned is to not take myself too seriously, and for sure not take the things said to me personally. I feel if you are going to put yourself out there, you have to have thick skin and be able to roll with the punches.

One thing I have noticed however which concerns me greatly is the lack of respect for people which seems to be growing in the world today. This “love of many growing cold” as Jesus said. In one interaction on Facebook a young lady and I were talking about the topic at hand when she posted, “Okay, boomer.” When I read it, I had to look up the definition of what these two words meant so I could understand what she was actually saying to me. Here’s what I found: The phrase “OK Boomer” is a pejorative retort used to dismiss or mock the attitudes of older people, particularly baby boomers.

I try to not be out of touch, or just set in my ways for the sake of being stubborn, but I also think I have a little bit of knowledge just for the sake of having traveled around our sun 56 times. I’m not the smartest fella, but one thing I learned growing up was to respect those men and women who were older than me, not dismiss them out of hand because their ideas weren’t the same as mine. And believe me I thought a lot of older people’s ideas weren’t altogether great when I was younger too.

I get wanting to affect change in society, to want to make the planet better for the next generation. I think anyone who just wants to take and not give something back should be challenged. But the way to challenge the status quo is to talk it out, listening on both sides and coming to a conclusion of what will make things better. Throwing temper tantrums, dismissing out of hand any idea which is different than yours and then just generally disrespecting anyone because of your ideals is just not right. Those who do this need to check the love in their hearts, both young and old.

I know I don’t have all the answers, truthfully no one does. And I commend this younger generation who is trying to make changes to leave the world better than they found it. All I would ask is in the process, see what those who came before you did, and learn the history they lived through. My fear is society will just dismiss out of hand the things we’ve endured in the past, and in so doing will force my grandchildren to live through some of those horrible things because they didn’t learn the lessons.

For the Kingdom and the King, shaom.