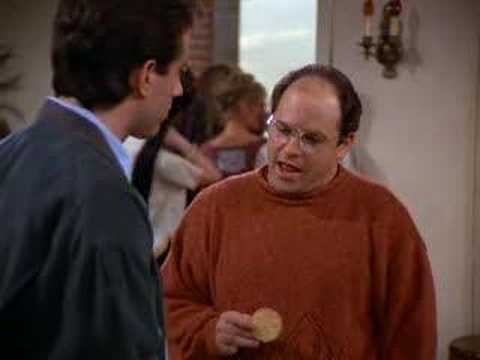 My best friend Terry and I shared a love for the television show Seinfeld. We spent many years quoting lines from this hilarious sitcom and even would call or text each other on every occasion we were able to live out a moment from the show. (Finding a Kenny Roger’s Roasters in Manila was a highlight for both of us.)

One of the more memorable and funny episodes is called The Apartment, and in it George Constanza is wearing a wedding ring in a social experiment to try and get dates with more women. Towards the end after having his plan backfire, he makes the statement, “For I am Constanza, lord of the idiots.” It makes me laugh even as I’m writing it now. I have picked up this line and use it whenever I’ve had an idiotic moment in my own life; something which happens more often than I actually care to admit.

In my fifty-three years of life on this planet, I have had plenty of opportunities to play the idiot, as I’m sure we all have. There are times however when I feel I’m actually setting the bar for idiots everywhere to be judged by. But during the times of my lunacy I don’t think this way, it’s usually after the fact. And once this realization hits me, I really feel dumb. Those are the times where I want to crawl under a rock and hide, it can be so embarrassing.

This past week at work I had a couple of extremely difficult days and a Constanza moment raised its ugly head. It was so bad one day I actually thought about fleeing; just going to my truck and leaving without saying a word to anyone. In my entire adult life I’ve never wanted to run away from anything and this shocked me. Thank God it did, because it was this shock which woke me up from my lunacy and got me to asking what was really going on my life.

These Constanza moments come to me whenever I perceive things are not going my way. It’s like my default button is to act like a fool whenever things are not going the way I want them to. Yes I realize this sounds horrible, but truth is truth, and as they say, the first step in fixing a problem is realizing you actually have one. The man who is not self-aware is the man who really has a problem. I realized the issues I’ve been having and have begun to rectify them, making the necessary changes towards becoming a better man, which will be another blog altogether.

What I want you to realize today is you’re not alone, there are millions of us out there. And just like in the Seinfeld episode as George is confessing his idiocy to Jerry, a lady in the background starts yelling out the window to the runners, “You’re all winners!” to which George says, “But suddenly a new contender has emerged.”